So youtube blocked my music video for the song The Best. Apparently they claim it was PORNOGRAPHIC. I would like to point out that there was no ACTUAL nudity in it, so I feel it's a bit weird.
Also this isn't the first time the internet seems to be censoring me and my music. For example, many times youtube algorithm doesn't let my own videos be in the "related videos" section for basically anyone's videos, including my own. So when you look at any of my music videos youtube page, the related videos are something completely off topic.

What is the point of Charming Timur?

What is the point of Charming Timur?

It all started for me as an intention of making songs that I wished would exist, but I couldn't find anywhere. I wanted a combination of certain styles of music that seemed nowhere to be found. So I decided I'll start making it myself.
Then I slowly progressed in terms of skill and ability and started to experiment with more and more new elements. That's why some of the newer material doesn't sound all that "unique".
The purpose of Charming Timur had changed for me. It became also of a motivational example that I wish to share with more and more people: if I can do this, then so can you!

YOU CAN DO IT IF YOU REALLY WANT TO. So many people out there saying "I wish I could make music"... You got it all wrong if you're just wishing and not taking any action.

There's gonna be A LOT OF PEOPLE saying that you're not good, that you shouldn't do music and all kinds of crap. I don't know why this is, but even people who are your "friends" can start saying things like that. The thing is: They are all wrong. It's a confession of their character. That they are weak and envious, and you should really think about it if they are your friends or not.
So many people seem kinda bitter if I ever mention anything about Charming Timur to them, while others are like "man that's awesome, I'm happy for you!". That's how I know who is with me and who is just pretending to be.

I don't get much feedback

I wish I had some idea what my listeners would want me to make. I'm not saying that I really need that information as a compass that I couldn't function without, but I feel like it would be nice to do something that fans specifically request from me.
I know that most musicians would NEVER do this, because they are pretentious dicks, but I'm too indifferent to care about anything, so I'm totally okay with releasing a "crowd-pleaser" album once.
It's just that I have no clue what people like or don't like, so I'm just doing a bit of everything.
Doesn't matter... just sharing thoughts...
Lähettänyt Charming Timur klo 11.40 Ei kommentteja:

So yeah this album used to come as a freebie when buying other Charming Timur CDs  from bandcamp. Not anymore though, now it's an "official album". https://charmingtimur.bandcamp.com/album/between-worlds 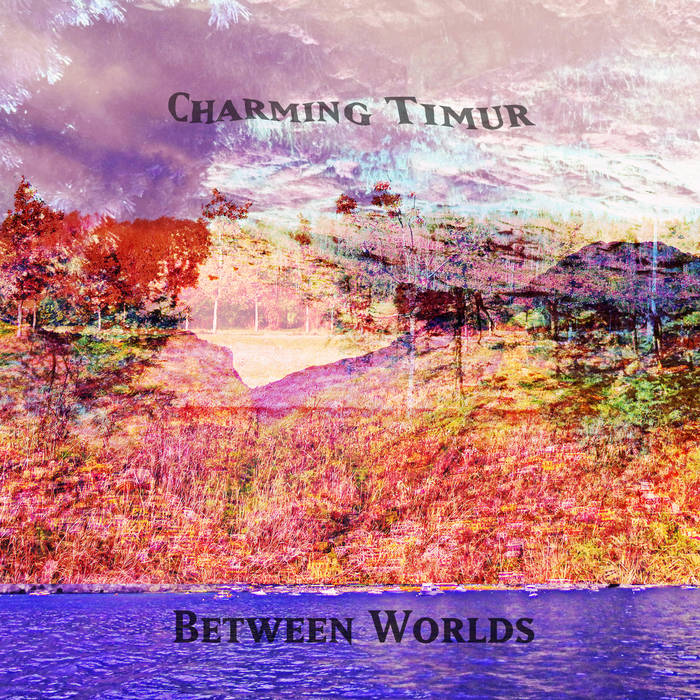 Will there be any new Charming Timur material, besides this album, any time soon? I have no idea...

I will keep making new music, but I don't know if it's going to be Charming Timur or something else next. I might take some time to just improve my skills without recording or composing anything new. I will not promise anything anymore, whatever happens, maybe happens.

No worries, I'm not quitting this project any time soon. Just pointing out that I have also started a new project, so it will take longer between releases.
There's a whole bunch of unreleased "extras" that I have written for Charming Timur, that I thought I'd release in a compilation of sorts for free download. I dunno when that's gonna happen. Sorry!

Then there's going to be at least two full length albums and maybe an EP. It will take like forever until all of them are done, but whichever is ready first, I will release this year.

About music videos: there's probably going to be only 3 music videos anymore EVER for Charming Timur, just because I'm too lazy / uninspired to make them. The only exception is if I get SUPER popular somehow, then of course I will be way more motivated to make some higher quality music videos etc... but I don't really see that happening to be honest. CT is just too weird. So there's one music video which I have almost filmed all the material for. And then I'm just saving the idea of making two more after that, just to go along with whatever "hit single" or something I will choose from the highest budget releases I will make in the future.

Yeah I'm tired and depressed so "fuck everything" is my daily mantra nowadays. CT needs a small break at some point so I will be able to come up with new ideas eventually, but I will finish making those two albums and maybe even the EP before that.

And the icing on the cake is that I will make all my bandcamp stuff free for download now, if it already isn't. Why? Why not? I don't know, I just feel like doing so.
Lähettänyt Charming Timur klo 8.42 Ei kommentteja:

"Downtuned" is a (direct translation) word used to describe my mood in my psychiatric assessment documents. I'm sure they wouldn't use that word in english, but apparently in finnish it's a thing. And yes once more I have to point out that it's a DIRECT TRANSLATION of the word. Yes you get it. But it's funny like that.
Then I think about the music I have written and try to remember what guitar tunings I have used over the years to do Charming Timur.
Surprisingly a lot of it is just 7-string normal tuning, with occasional jumps down to something like 7-string D-tuning. Yes, with 7-strings, not 6-strings. And then there are a few drop-A tunings with the 7-string which is not really big of a deal whatsoever. Later on I have used G-tuning on the 7-string while having another 7-string guitar at normal tuning for melody/lead guitar purposes. Most of the stuff you listeners might think as "electronic" or "synth" are actually played with a guitar, but with a ton of effects and technique that makes it sound less like an obvious guitar. (Just don't bend anything anywhere and it can sound like a synth, especially if you also tap some of the notes) AND YES there are also electronic and synth parts in my music too...go figure...
And then we get to the more current stuff (Which no-one has heard yet) where I use an 8-string, mostly in standard tuning or down half a step. And then occasionally something like drop D# or E, but not that often. It gets kind of unnecessary and starts to just sound like a bass guitar so what's the point? The bass guitar I have now is tuned to C# tuning... okay this is getting ridiculous!
Who cares what tuning people play in? It's gonna sound almost the same when you play it at home with whatever tuning you have going on. It's a small difference that people obsess a little too much about. Of course at some point 6 strings are just not gonna be low enough, but then again just distort a bass guitar and have a blast!

Fun fact: never owned a regular 6-string guitar. I'm thinking of buying one to be my new lead guitar. Perhaps it would sound better if I buy a good quality one?
"Sound better" and "Charming Timur"... nah, probably not...

Life can feel oddly dark even when it's +35 C outside. Loneliness and a heatwave are not the best combination. Yeah in general I'm quite a lonely person, despite however socially skilled or popular I might seem. Well that's enough of complaining, I'll save the rest for my songs.

And now for the actual topic:
I released that album "There is no Going Back" in the early summer with "no warning",  and obviously I'm already planning new material because...why not?... And then there's the secret album or "hidden album" that people get when they buy CDs from me on bandcamp. Well there's only 10 copies so not a lot to go around with, but after that I'll put the album on bandcamp for free download for everyone.
I'm having a hard time figuring out a) what people would like to hear from Charming Timur in the future, b) what I would actually like to do in the future, c) how should I go about doing new material?
Focusing a lot more on question C than the other two, my mind is really split between various options and ideas. I could try to start constantly improving the sound quality or I could start doing some really weird...and not to put myself on a pedestal, but to just honestly point out: when I say weird, it's like  double-triple weird for normal people...weird songs. Those won't even need to have improved production quality or they might be impossible to have any of that, because it might be intended to be very noisy. Obviously I could do both, but which now and what later?

Going back to the topic of There is no Going Back, which is very accurately described here: http://occultblackmetalzine.blogspot.com/2018/07/charming-timurthere-is-no-going.html
it's an example of what I mean with the improved sound quality. You can download it for free so no-one needs to risk any money in case the album would be unpleasant to your sensitive ears bandcamp link here so this is quite just the beginning, I know I could just put my head into it and also hire professional people to help me out and it would be almost radio quality stuff, but then how much of the original Charming Timur feeling would it have left? And no I'm not worried about "selling out", it's more that the whole idea of Charming Timur was in the noisy (actually rather unique) over-the-top guitar distortion and all the sound-fx on the vocals.

I doubt that a lot of people care either way. I'm writing this to basically pass the time. Why pass the time when you could enjoy time? Well, I enjoyed writing this, so,...now my thoughts are in a pretzel. Brain freeze. Be happy even for simple stuff!
Lähettänyt Charming Timur klo 12.32 Ei kommentteja: